August 28, 2014
I'll start with a nice problem I did tonight at Stronstrey, pretty sure it's not been done before. Nice big moves between good holds:

Anhedonia 2 from Rick Ginns on Vimeo.

I also climbed the right hand side of the arete of Hoard at around 5+ which is quite a good variation.

I've been running a bit, usually doing 5k each time, which is enough for me. An easy form of exercise straight out the front door, but I've never been a runner, I just love the 'afters', natural endorphins are the shit!
Aside from running, I've done two swims this year, the Great North swim 2 mile course in Windermere and the 1 mile in Salford:
Windermere: 1hr16:12 (position 723 of 1104)
Salford: 33:42 (position 777 of 2225)
I did both swims breaststroke, but I've been managing to get some sessions in at Salford Quays and Box end in Bedford trying to perfect my front crawl.
I'm particularly pleased with the 1 mile swim as I've knocked off 11 minutes from last years time, simply by being fitter and getting in the water more. I reckon I can take another 5 off that for next year, especially if I can crack front crawl. 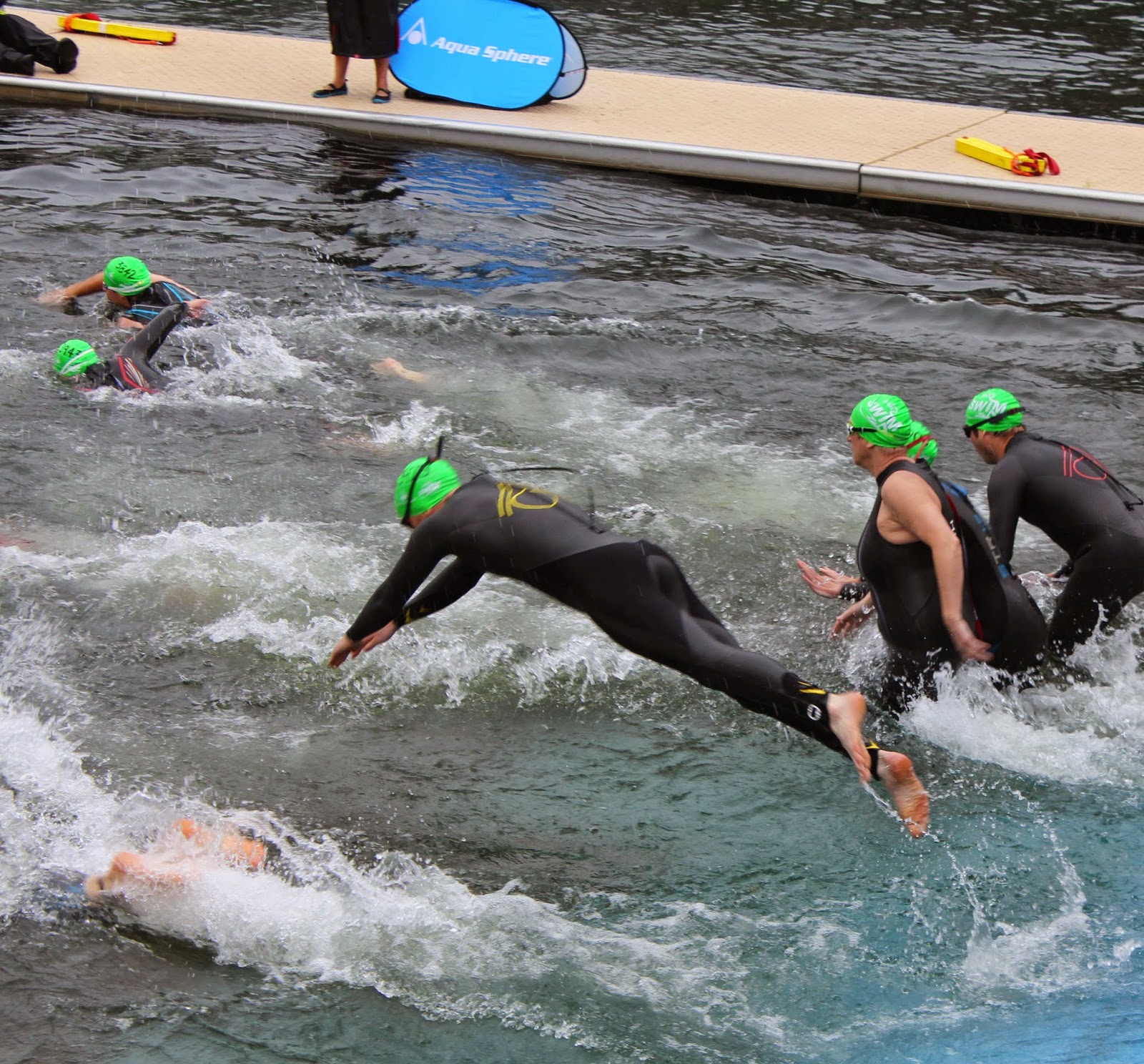 Me starting the Great Manchester Swim 2014 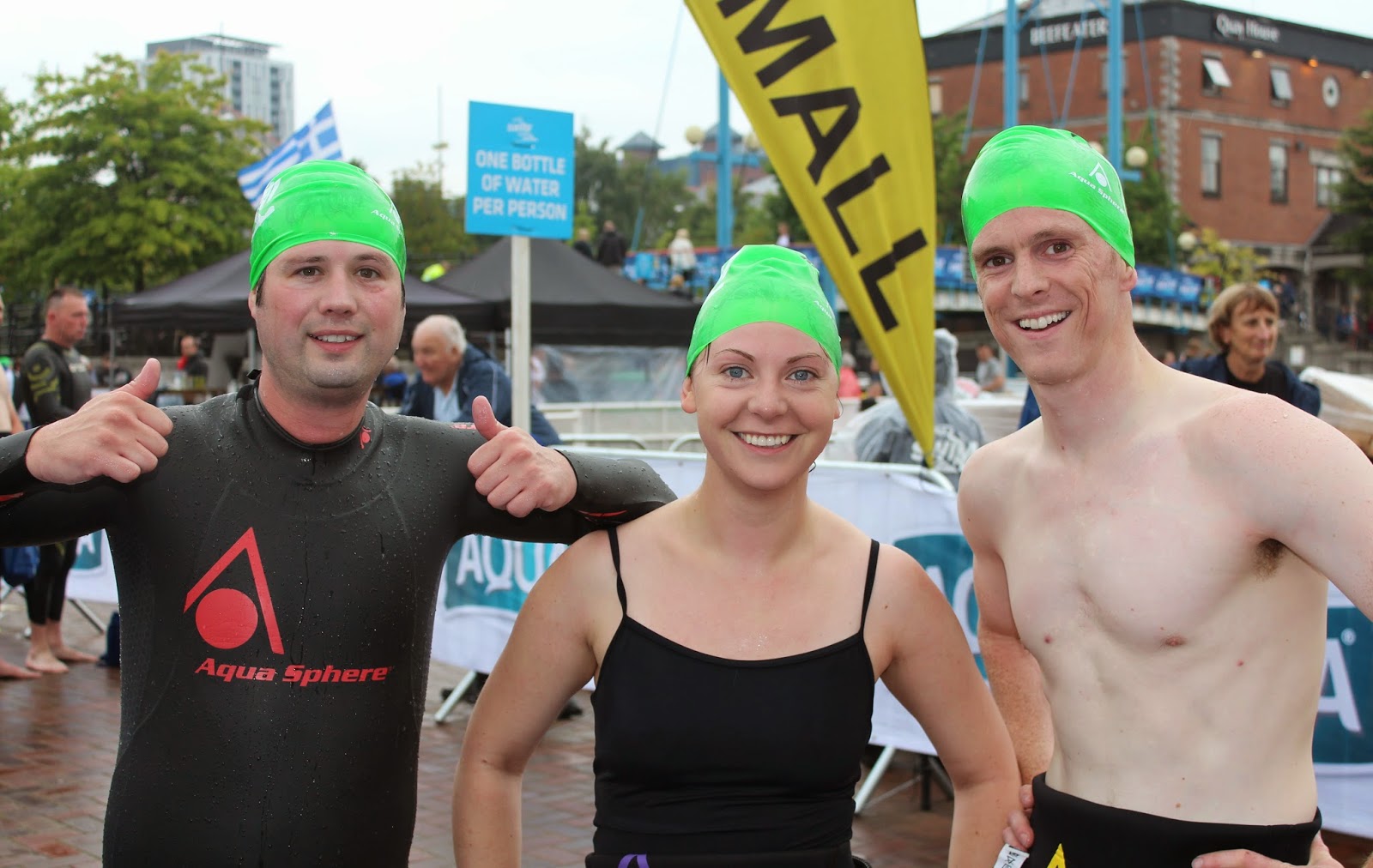 Craig, Ju and me wearing some stupid hats.
I've been mixing up the cardio with as much climbing as I can fit in, and core exercises and have been regularly doing the ab ripper x work out which is a killer.
As a result of the exercise I've been doing I've dropped the excess weight and I'm down to 65Kg, the lightest I've been for ten years, which has helped with the climbing too.
I've been getting over to Brownstones as much as possible, normally traversing to improve stamina. Usually this consists of traversing from the arete at the pond to the corner left of Verdigris and back twice without touching the ground. This is 64 moves of traversing in about 7 minutes. I generally do this twice to work up a really good pump and if weather is good I can usually get this done 3 times a wk although it'll not be long before the rain and autumn weather kicks in! As a result I've been feeling pretty fit climbing wise, at least on longer problems / routes.

I've also been getting in some time cleaning and developing at Wilton 4 which is starting to look a lot better than it was at the beginning of the season - I've cleaned all routes right of Haig and along with Robin, we've improved a lot of the landings and also dug back all of the top outs right of Haig. I've put 4 stakes in above Sanction walls which means that all of these routes are now belayable (is that even a word?) or god forbid can be toproped... others are getting involved too, so hopefully it'll come back in fashion, Ousel's stylee.