Year of the Crush

January 08, 2010
well, we’re now in 2010, which I have over-confidently christened the Year of the Crush. January however hasn’t entirely been successful so far having gorged myself over Christmas. The lure of the cake was far too tempting, and counterbalancing that with Scottish winter walks was seemingly unsuccessful. The wii tells me that of the weight I lost before Christmas I’ve put 5 of the 6 pounds back on. For some reason I resent being patronised by a computer.

Anyway, the festive period has been extremely enjoyable, if not restful, with a week away in Torridon with Friends. The lodge we were staying in was frozen, with no running water. As the water comes straight off the hill anyway, all this meant was a short walk to the Burn in the garden to collect water in buckets. Being cut off from technology was great: no internet, no phone, no TV, nothing to complicate life. It really makes this sort of life enjoyable, without the depressing background chatter and noise that we’re inundated with on a daily basis. It makes me want to opt out of the so-called rat-race, buy a cottage somewhere in the Highlands and hunker down, away from everyone for a simple life. Unfortunately the desire not to become a cliché means that it doesn’t seem a viable long term plan, but we can all day dream…

The original plan was to boulder in the Torridon valley, but the conditions really weren’t that good – a lot of the boulders lower down were dripping in the day under the sun (in spite of sub zero temps), and then freezing on the face during the day. The ground was also frozen over sods, and generally unpleasant. The amount of snow made walking very enjoyable however, and this was a preferable option, given the prevailing conditions. Although no munros were bagged, we walked in some fantastic scenery: 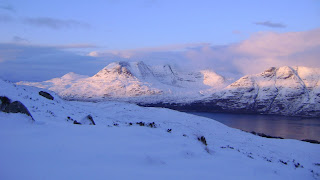 On the way up to Beinn Damph ridge 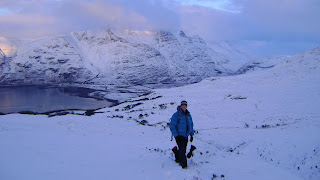 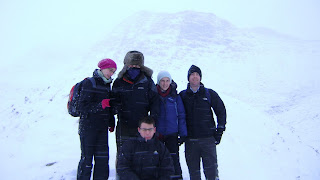 Last weekend saw a return to earth, or rather Bolton, after a snowy, yet fairly uneventful 10 hour drive. On the Sunday, a trip out to the Chew valley was definitely in order, and after consummate faffing, I picked Taff up at about ten. The snow fall around the Oldham area was extensive, so the conditions were not great The roads around the reservoir were all shut, so we walked in a bit further than we otherwise would have done.

The provisional plan was, in this order:
a) climb Wilderness Gully if in condition,
b) climb at Rob’s Rocks or
c) go for a walk.
To cut a long story short, option c was our only achievement. The snow was waist deep in many places, and by the time we reached wilderness gully an hour and a half had passed. Upon inspection, the amount of snow on Wilderness Gully would have made for a fairly dangerous venture, especially given the avalanche prone slopes hereabouts so we opted for a route or two at Rob’s Rocks.

In normal conditions, the steep pull up to the base of the rocks is stiff. In the amount of snow on the hill, it was virtually impossible. We got about 2/3rds of the way up before it really started to get steep, and a cursory glance around us revealed lots of avalanche debris. The valley hereabouts had developed cornices at the rim above us, and although fairly small, they were evidently falling on the snow below and avalanching. This was directly above where we were trying to get to. The depth of snow immediately below these cornices was in excess of 6 foot deep, at an angle of around 45 - 50 degrees. It wouldn’t have taken a lot to bring us down to a crumpled lifeless heap at the bottom of the hill. Therefore, we opted for retreat. 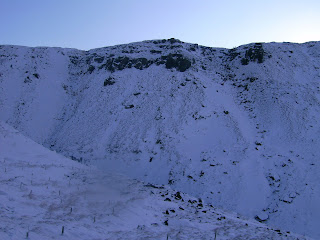 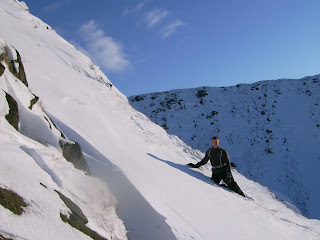